We went to the German city of Essen to present Game of Tones at SPIEL Fair, the largest in the world in the field of Board Games. SPIEL took place between 24 and 27 October 2013, and more than 150,000 people attended the Fair. During the four days we played demos of the different games comprised in Game of Tones.

The English edition of Game of Tones is finally ready. Below, some photos featuring people from all over the world playing some of the games. 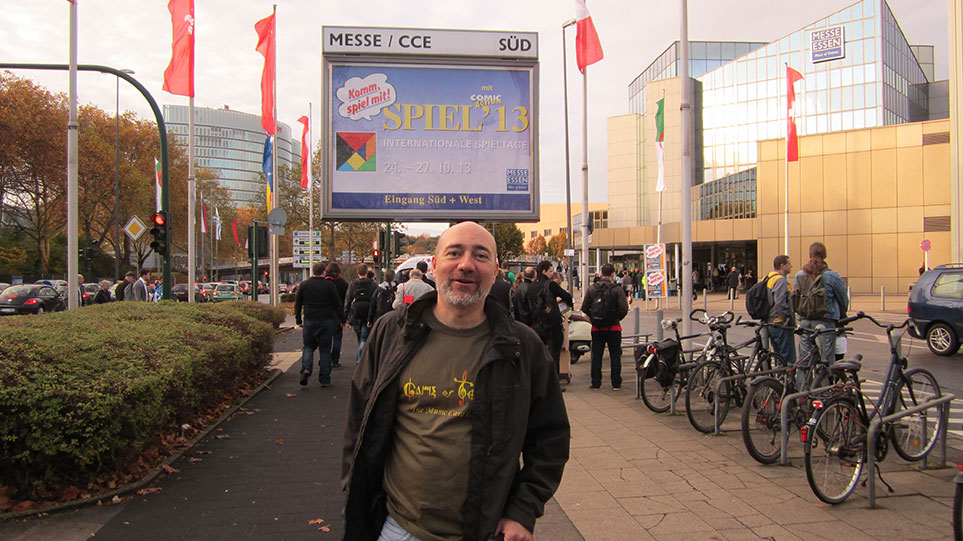 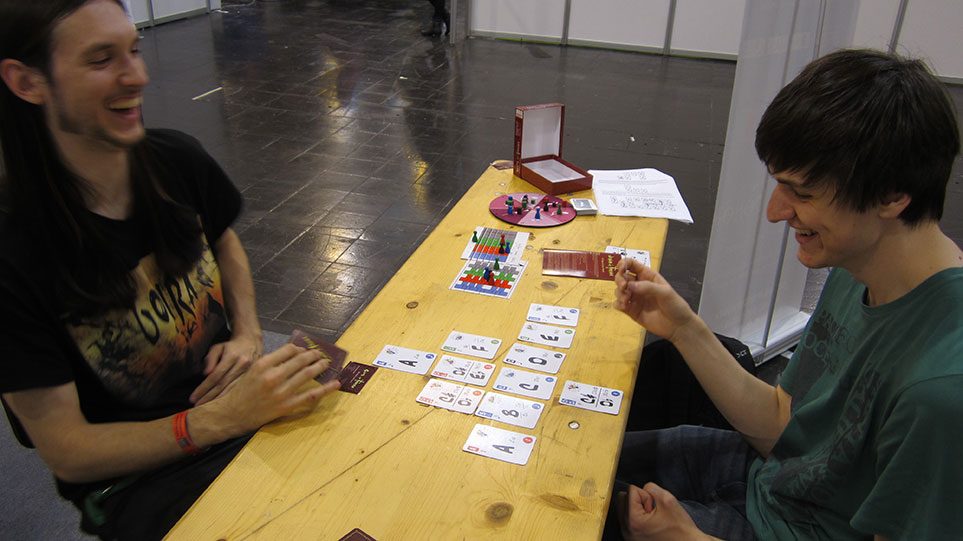 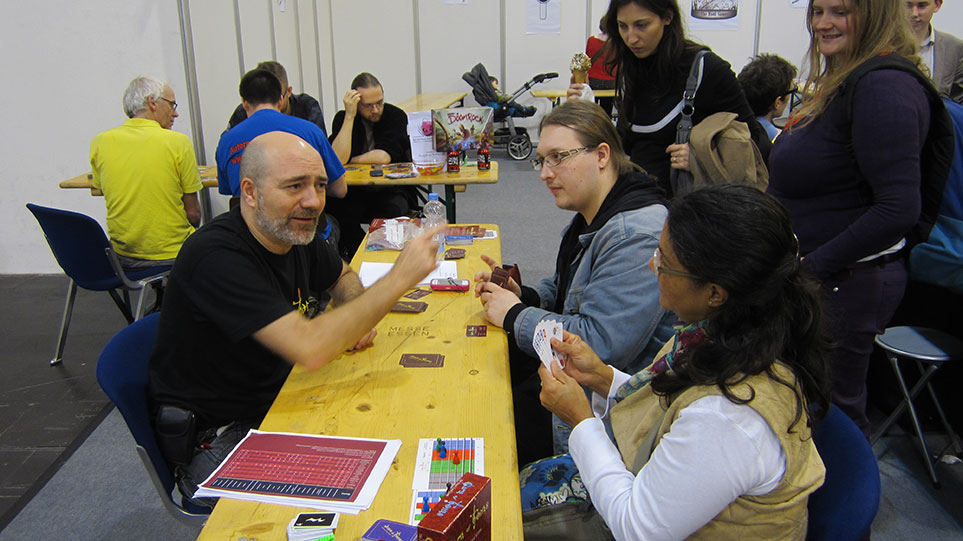 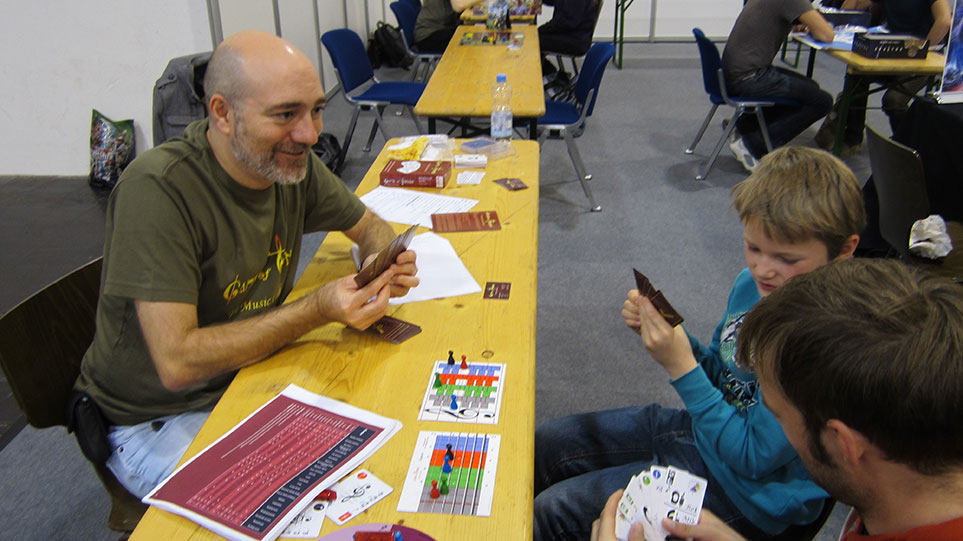